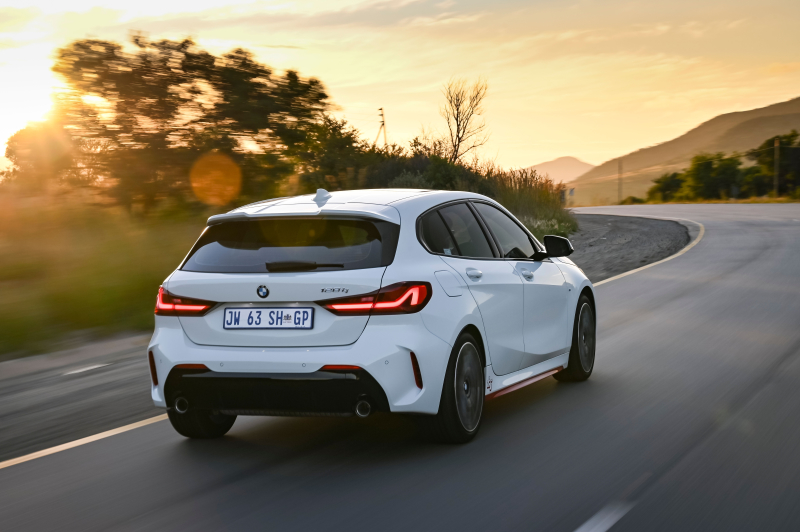 In the wake of the successful launch of the latest BMW 1-series, including the top-spec BMW 135i xDrive, the Bavarian manufacturer has unleashed a front-wheel drive demon to take on the might of the ever-popular Volkswagen Golf GTI.

The BMW 128ti revives the ‘ti’ nameplate last seen on the 3 Series Compact, which included the popular 318ti. Historically, however, ‘ti’ has stood for ‘turismo internazionale’, a name denoting sportiness and relative exclusivity.

The new 128ti is fitted with a 2.0-litre engine mated to an eight-speed Steptronic Sport transmission. Combined, they rocket the hatchback from 0-100km/h in just 6.3 seconds, producing 180kw of power and 380Nm of torque along the way.

The detuned engine isn’t the only thing shared with the M135i xDrive - the less-powerful variant also features the same M Sport brakes, firmer anti-roll bars, and stiffer springs and shocks. The car also comes fitted with M Sport suspension with a 10mm drop and a Torsen limited-slip differential.

What does all this jargon mean? It means this BMW is ready to tackle the Golf GTI head-on, challenging Volkswagen’s domination of the front-wheel drive hot hatch segment.

The 128ti looks the part, too. Aside from obvious changes like a sporty black grille and red or black accents on the bumpers and side skirts, the BMW boasts red-painted brake calipers, 18-inch, two-tone alloy wheels, and a whole bunch of unique accents and trimmings on the inside.

BMW calls the 128ti “highly engaging” and “particularly sporty”, and on paper, it certainly looks the part.